An old story called “Peter and the Wolf” tells the tale of a shepherd boy who amused himself by deceiving his neighbors in town by telling them that a wolf was coming. One day the lie he was telling came true.

In the car industry, the wolf has arrived and it is called COVID-19.

Years of prosperity in the sale of cars contributed to the denial of the need to innovate in the sales process of dealerships. This prevented them from evolving at the pace of users. Then a tremendous error arose in which digitalization became synonymous with innovation. Companies then began to think that innovation was just that.

All dealerships heard the voices: “Digital is urgent.” But no one believed. The wolf was approaching.

Yes. The story is similar to that old story of “Peter and the Wolf.” “Peter” was the users asking for convenience when buying their cars, convenience that should come in the form of innovation. But nobody believed. Then the unexpected came: a pandemic that forced us to close the doors. The wolf took to the streets and we said goodbye to the parade of people choosing cars on weekends at dealerships and with it, goodbye to billings.

The dealers had to adapt quickly and then confusion did its thing. A cry was heard and everyone obeyed: “Everything has to be digitalized.”

If one thing is clear, it is that cars now will have to be sold mainly digitally. So, you have users on one side demanding innovation to be able to buy their cars and on the other side you have dealerships wanting to go from selling their cars in a traditional way, as they have been for the last 50 years, to doing everything digitally. This is like wanting to run before you walk.

This column is my gift to every physical auto dealer; it’s my #DamageControl. I’m going to prevent you from making mistakes that I know you’re gonna make and probably haven’t even noticed, then I’ll try to get ahead of them so you don’t fall for the ones that follow.

Innovating begins with the mindset. Nobody talks about this and I will write about this in the next column. Innovation must come from learning to think differently, innovating from thought. That is the right start down the road.

For today, we will go to the fact that the objective is to sell cars in a pandemic, and this is achieved by rapidly evolving in the most efficient way possible. The keyword that everyone hears is “digital;” I’m going to use a new concept: “digital human.”

Digital leads served by a chatbot! Tremendous mistake. Wanting to run before walking!

Starting the digitalization of your dealership with chatbots for customer service is a mistake.

Yes, yes, yes, I also read all the benefits of them on the internet; however, my formula for success is to always go at a different level, speed and direction than my competition and almost always against all “experts of the moment.” That’s why 17 years ago I started selling cars online when no one was doing it and that’s why right now I don’t do what these gurus demand.

I’ll tell you my strategy quickly. Digitalize the sales process in parts; you must start with everything that doesn’t have to do with direct contact with the customer. Example: quote faster, process documents, etc.

Why? Because customer service is the most important part. It is where you show the prospect your interest and respect, your desire to serve him and your goal of making him your customer. Can a chatbot do this for you? A digital human can.

The first impression is the one that has the most value, it is never forgotten. This part of the sales process is best done by a human, a digitized human.

What is a digitized human? It is a human being who has understood that we are experiencing a change in the social model based on digitalization. A human being who attends to you quickly, transmits warmth to you with his treatment, tells you directly, “Hey, I care about you and I want to help you to choose your perfect car,” and of course, he can do all this by digital means and then he supports himself without hesitation, using these tools to accelerate the service you provide.

In the sale of cars, digital must help the human (seller) do his job, it shouldn’t do everything for him.

That is why you must digitize the humans in your sales force. Before that, you must reinforce the foundations of customer service, emotional intelligence, intra- and interpersonal skills and above all, train in the product you sell.

A digital human is more accurate, more efficient, and definitely much more of a deal closer than any chatbot could be. Don’t miss out on this first chance to impress by using a chatbot.

Something that almost no one has heard is that we are already somewhat bored with the digital bombardment, the more connected we are, the more alone we feel. So, it makes sense that humane treatment is attractive to the consumer.

One trend that will grow in the coming years is digitalized businesses with humans ready to make the customer feel important and be there for him or her whenever the customer wants.

You must have the best digital showcase with digitized humans and experts in your product behind the monitor. That is the master strategy. 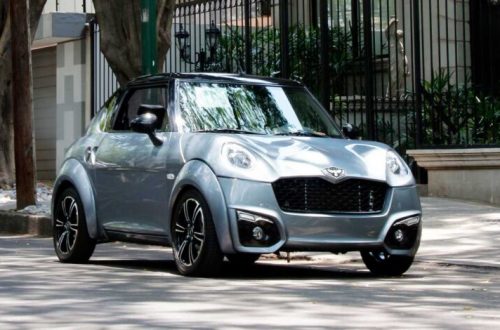